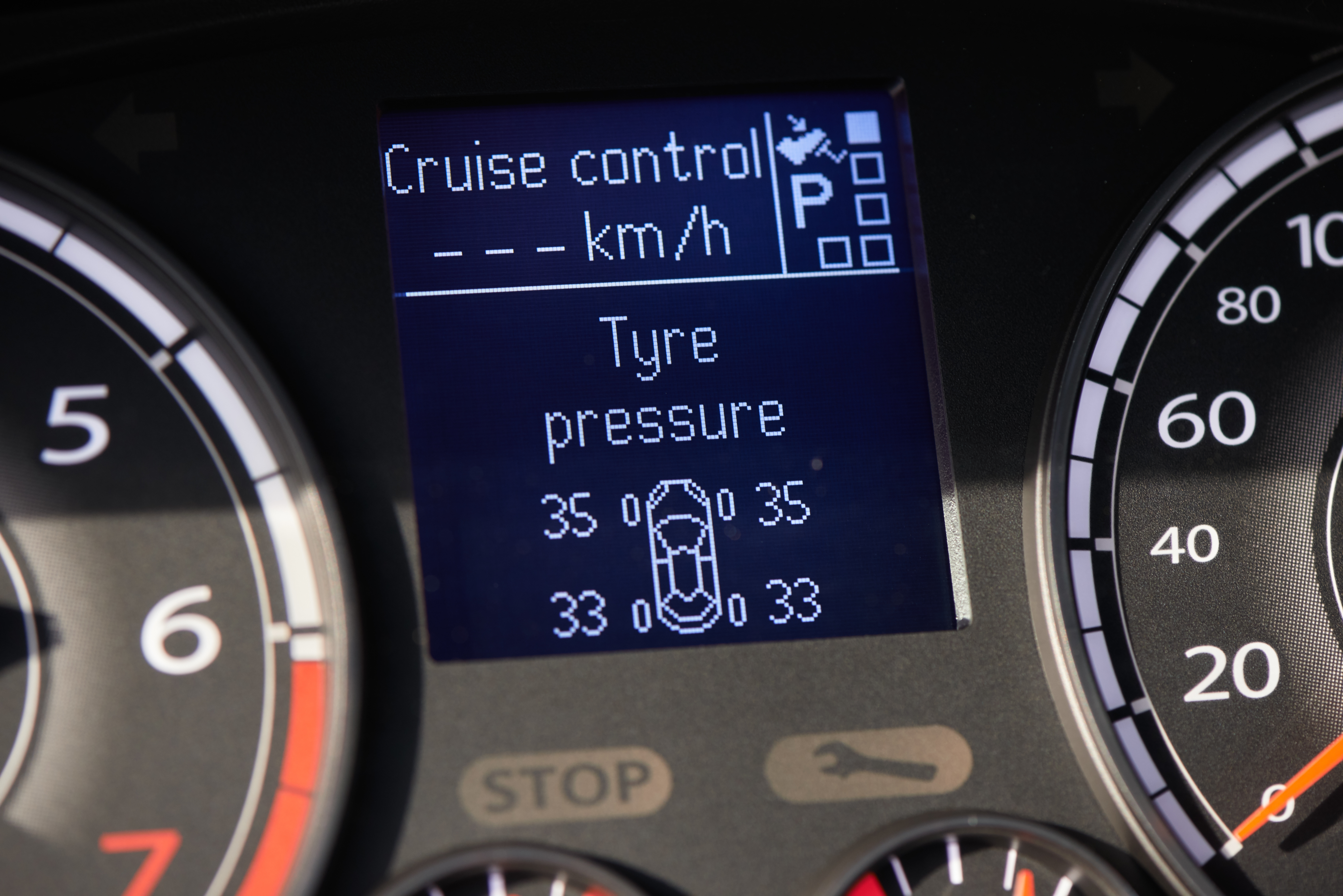 In November 2014, it became a legal requirement for all cars sold in the European Union to be fitted with a Tyre Pressure Monitoring System (TPMS) as standard. This article explains the different tyres of TPMS and the reasons for replacing them.

According to road safety reports, incorrect tyre pressure in vehicles accounts for around 9 per cent of accidents that include fatalities and 41 per cent of accidents that involve injury. TPMS systems monitor tyre pressure and temperature and will alert drivers to the potential danger of a low pressure tyre. It can be hard to spot an under-inflated tyre with the naked eye, but a TPMS sensor will pick it up so it can be fixed before it becomes a problem. Correctly inflated tyres reduce braking distances, improve vehicle handling and vastly decrease the chances of rapid deflation. TPMS also helps reduce fuel consumption, emissions and tyre wear. The EU states that under inflation of tyres account for 20 million litres of additional fuel consumed globally and account for 2 million tonnes of CO2 emissions. TPMS sensors therefore play a vital role in both vehicle safety and emission reduction and the 2014 legislation is seen as a key milestone.

Types of TPMS There are two types of tyre sensor: direct and indirect. Direct TPMS uses pressure sensors located within the tyre to track the precise pressure – if the pressure drops past a set parameter (usually 25%) a warning alert appears on the vehicle’s dashboard. Indirect TPMS systems don’t have their own sensor but use another sensor located inside the wheel. Indirect TPMS doesn’t measure tyre pressure but measures instead how fast the tyres are rotating and sends signals to the computer that will turn on the indicator light when something in the rotation is faulty. A vehicle’s TPMS should be serviced regularly to prevent any faults from developing, particularly as TPMS checks were added to the MOT test checklist in January 2015 and it is an instant MOT fail if the TPMS dashboard light stays on – indicating a fault or problem with the TPMS valves. The tyre safety charity, TyreSafe, estimates that as many as 20,000 MOT tests have been failed so far due to a faulty TPMS warning light being displayed on the dashboard.

One of the most common reasons for replacing a TPMS sensor is battery failure (the more miles you travel, the quicker the battery will deplete). However, TPMS sensor stems can also become corroded over time just like standard tyre valves, as they are open to the elements. The stem protrudes from the tyre and rim, so is open to the elements and has to deal with everything the road can throw at it. A TPMS sensor may also need to be replaced if tyre changing has physically broken the sensor or if the relearn procedure has not been performed or has been performed incorrectly.

When fitting a new TPMS sensor to a vehicle, the new sensor ID code will need to be relearned by the vehicle’s ECU. Although the relearn procedures can differ from manufacturer to manufacturer, they can all be grouped into three main categories.

Stationary Relearn: Stationary relearn procedures allow new sensor ID codes to be programmed to the vehicle’s ECU without the need for driving the vehicle. This type of relearning requires the use of a TPMS activation tool along with the car being placed into a relearn state, either by using a diagnostic tool or by selecting the appropriate option in the vehicle’s computer menu. The vehicle then uses the signal emitted from each sensor in turn, to establish which sensor is in which specific location.

OBD Relearn: An OBD relearn requires the use of a TPMS scan tool such as an ATEQ or Tecnomotor tool to program the new sensor IDs directly into the vehicle’s ECU. The user would first need to scan each TPMS sensor in turn with the scan tool. Secondly, the tool will then need to be connected to the vehicle’s OBD port, and by following the step by step instructions on the tool the new ID codes are then transferred to the vehicle.

TPMS Auto Learn: Auto relearns are the most common type of TPMS relearn procedure used in the industry. They are more often used on newer vehicles as this makes it easier for customers to replace the sensors. It simply involves driving the car after the installation of the new sensors for the vehicle to learn the new sensor IDs. The vehicle will often be capable of learning single or multiple sensors at the same time, without the requirement of using a diagnostic/scan tool.

Magowan Tyres is a local family business with over 50 years experience in the tyre and motor servicing industry.

Our premises are state of the art, incorporating all of the latest technologies to ensure business is conducted efficiently and to a high level of customer satisfaction. Our retail depots are based in Carrickfergus and Mallusk.